ENCINITAS — Just hours before her competition tonight at the 2020 Tokyo Olympic Games, Encinitas resident Brighton Zeuner will be featured in a segment on the NBC Nightly News with Lester Holt.

Zuener, 17, is taking part in the first-ever Olympic Games to feature skateboarding as a sport.

She will be joined at the games by her longtime friend Bryce Wettstein, also a local of Encinitas, to compete in the women’s park competition at Ariake Park in Tokyo.

17-year-old Brighton Zeuner is one of skateboarding’s biggest young stars.

Ahead of her Olympic debut, she spoke with @GadiNBC about how the Games will change the sport and more.

Tune in to @NBCNightlyNews tonight (check your local listings). pic.twitter.com/WuxvbepQxe

In 2017, Zuener made history by becoming the youngest ever to take home a gold medal at the X-Games in Minneapolis.

The segment featuring Zuener on NBC Nightly News will air at 3:30 p.m. on NBC.

The first rounds of the park competition begin at 5 p.m. today local time. 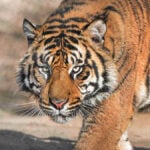