Famed surfer and jewel thief Jack “Murf the Surf” Murphy in the author’s front room a number of years back. Murphy died this month at age 83. Photo by Chris Ahrens

I first heard of Jack “Murf the Surf” Murphy in the early ’60s when he was featured on the cover of a surf magazine after winning the East Coast Surfing Championships.

I didn’t know it then, but he had grown up in Oceanside with legends L.J. Richards and Phil Edwards before moving to Pittsburgh. He was so accomplished in sports that he was going to college there on a tennis scholarship while playing violin for the Pittsburgh Symphony Orchestra. Later he became a high diver in the Barnum & Bailey Circus.

He was a kid with a golden touch, but soon gold was not enough. That’s when he began craving the glint of precious stones. By then the Pennsylvania winters had chased him south to Florida where he resumed surfing while falling in with some high-end thieves.

Murf lived on high doses of adrenaline and when small time home robbery became routine, he and an accomplice rifled the entire J.P. Morgan gem collection from the American Museum of Natural History in New York City in 1964, along with its centerpiece, the Star of India, the world’s largest star sapphire. It wasn’t long before Murphy was arrested and was sentenced to three years in prison.

I had pretty much forgotten about Murphy until legendary surfer David Nuuhiwa called out of the blue one day to ask if I wanted to attend a weekend with Murphy and company in Donovan State Prison. Nervously, I accepted before being taken on a wild ride with Jack and a team that included high-wire artist Tino Wallenda, of the Flying Wallendas.

Wallenda had just completed his act, talking to the men about life and death while balanced 30 feet above the prison yard. Now it was Murf’s turn to speak to the prisoners.

In one corner of the yard is a towering figure whose neck boasts a “White Power” tattoo. Opposite him is an equally large black man who eyes “White Power” suspiciously. A sign overhead reads, “No Warning Shots.” Realizing things could become serious at any moment, I expect Murphy to tiptoe gently into conversation. Instead, he begins by blasting out the words, “You guys think you’re tough?”

I am looking for an exit. Seeing none, I notice that one of the inmates has responded by clenching his fist. He continues, “What if I told you about a man who had a nail driven through his hand and never made a sound?” Looking around, he challenges, “Can you do that? Can any of you do that?”

As Murphy concludes, most of the men stroll peacefully back to their cells while a few gather around to ask questions that Jack is glad to answer. Murphy then presents a gospel message to anyone willing to hear it. One of the men whom I was later told had murdered his parents is particularly attentive. With tears in his eyes, he confesses, “I haven’t cried in over 25 years and now I can’t stop.” Jack prays with and for the man and leaves him with some hopeful words.

That evening I accompany Murphy, Nuuhiwa and some others to dinner. Amazingly there is an old David Nuuhiwa Bing Noserider hanging on the wall of the restaurant. David looks at the board, recalling the days when he ruled the coast on this model, as Murphy jokingly says to David, “I’ll steal it for you if you like.” But he has long since reformed and theft is no longer on the menu.

Adventure is, however, and I for one found my hours in prison with him as exciting as any wave I ever rode. 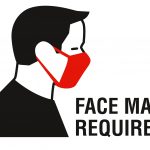