“I’ve never been under that kind of pressure,” CoCo Vandeweghe said.

When Vandeweghe’s groundstroke barely took a bite from the baseline, and then was upheld by replay, the crown went to the Big Apple bunch. Vandeweghe and Nicole Melichar defeated Sloane and Bethanie Mattek-Sands, 21-20.

“I love CoCo’s tenacity, her energy,” New York’s Jack Sock said. “She’s had the confidence and belief, which was awesome.”

The same could be said for the Rancho Santa Fe-based league’s thrilling season with WTT CEO Carlos Silva, a Carlsbad resident, steering the ship.

There were some troubled waters during the league’s successful 45th season. Because of COVID-19, all the teams, including the San Diego Aviators, who usually perform at Carlsbad’s Omni La Costa Resort & Spa, played their matches in West Virginia.

The WTT was able to navigate the virus to produce a final that will long be remembered. That the match ran long while being telecast live on CBS — and seen by thousands more tuning in for the PGA Tour — only added to the significance of Vandeweghe’s shot.

“It was so much fun to have it on my racket and to be able to control the situation,” Vandeweghe, 28, said. “Luckily, I controlled it in the right way.”

It was another sign that Vandeweghe, a two-time winner on the women’s tour, is headed in the proper direction. Once again healthy, Vandeweghe is aiming to reach the heights that once had her mentioned among the best female players.

With a power game that has plenty of ammunition, the 6-foot-1 Vandeweghe rode her aggressive style to the Australian Open and U.S. Open semifinals in 2017, when she was ranked No. 9 in the world. The next year, Vandeweghe teamed with Aussie Ashleigh Barty to win the U.S. Open doubles.

But 2018 mostly came with aches and pains. First Vandeweghe’s ankle barked, and then her foot revolted. With her legs taken out from under her, Vandeweghe’s fall was dramatic as she eventually tumbled outside the top 300.

“Honestly, I would put 2018 in a dumpster and set it on fire,” Vandeweghe said.

But her body rebounded and she started taking small steps in her return, which started with the Aviators last year. She’s landed inside the top 200 by working diligently with her coach, Craig Kardon, and her hitting partner, Carlsbad’s Martin Barba, to harness an approach that results in smacking big winners.

Just like the one that delivered the WTT championship to the Empire, with Vandeweghe being named the WTT Finals Female MVP.

“CoCo’s winning forehand was like a walk-off home run, a buzzer-beater,” Silva said.

The excitement around the WTT was evident this season as it spreads its wings.

Its sponsor base grew substantially, and the matches were available on a slew of media platforms, with the finals on CBS being its most-viewed event ever. The year debuted with a sold-out All-Star affair at La Costa and was topped by Vandweghe’s all-or-nothing forehand.

The season also brought acclaim to another Rancho Santa Fe pro as the Philadelphia Freedoms’ Taylor Fritz was selected the regular-season men’s MVP.

That’s a lot of North County connections for a league that was started by Billie Jean King, who famously beat Encinitas’ Bobby Riggs long ago in the “Battle of the Sexes” in 1973.

That was well before Vandeweghe was born. But when presented with the WTT trophy by King, Vandeweghe wore a smile similar to when King disposed of Riggs.

While Vandeweghe didn’t defeat a self-proclaimed “Sugar Daddy,” her triumph was just as sweet. 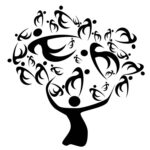