Baseball being baseball, Bud Black couldn’t resist. The Colorado Rockies manager poked his head out of his dugout and gave a Padre he once coached a ribbing.

“Yeah but the guys that I know, they are running out,’’ Black said. “There are still a few.’’

Black, the former Padres skipper, is doing just fine in Colorado. He returned this week with his Rockies facing the Padres, but Black is no strange face in these parts.

Yes, he was hanging in Petco Park’s visiting dugout. But is he really a guest when considering his Padres stint, his home being in Solana Beach and him being a San Diego State graduate?

School remains out on whether letting Black go midway through the Padres’ 2015 season was a keen move. What isn’t up for debate is the smooth job he’s done with the Rockies.

Last year was Black’s first with Colorado and things went swell. He led the Rockies to their first playoff berth since 2009 and their first winning season since 2010. It was an amazing turnaround for a franchise that was constantly tortured with its pitchers having to work at the mile-high elevation.

The ball doesn’t stay put long in that thin air, so the Rockies tried something to combat it. They hired Black, a former pitcher, to direct the club. It was a move which paid off as Black, who won 121 games in the majors and was the pitching coach for the Angels when they won the 2002 World Series, could relate with his frustrated hurlers.

“I talk about that with our guys all the time,’’ Black said. “There is a toughness that I think we have to have with our pitchers in Colorado. There has to be an unselfishness, an attitude where some of the internal numbers can’t be looked at by the individual pitchers as a baseline of performance.’’

Translation? Pitchers have to ignore their statistics that can go askew because half their games are played at Coors Field. It’s not a place to toast if asked to record outs.

So what, says Black. The only thing he wants is a victory.

“A pitcher has to be good and he just has to care about winning,’’ Black said. “Out-pitch the guy in the same conditions you are pitching in. Do you have to do it as a starter and a reliever more often than the other guys? Absolutely.

“But at the end of the day someone has to win the game, so why not it be us? If you are worried about your ERA, your hits-per-innings pitched, number of home runs, all these things, you are probably in the wrong place.’’

Black is in the right locale. He awoke a sleepy franchise and quickly become a Rockies fan favorite.

“It’s different when you come back to a place that had such a big mark on your career,’’ Black said. “The organizations that I was part of in my 40-plus years in the majors, it is different.’’

Not much has changed with the Padres.

They weren’t good when Black was shown the door after the club’s experiment of acquiring high-priced talent backfired. And it appears the local nine is headed for their eighth straight losing season, in the midst of another rebounding project.

While the Padres try to find the answer no one is questioning Black’s want-to.

“His energy is great and you can tell he really enjoys being here,’’ said Nolan Arenado, Colorado’s All-Star third baseman. “You like that and you feed off that. He wants to win and it’s good to have that.’’

It’s always great to see Black, even as a visitor in his hometown. 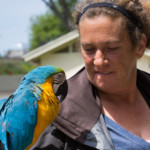