From left, the two great surf rivals, Kelly Slater and Andy Irons, in Australia in 2009. Photo by Steve Sherman

SOLANA BEACH — On the eve of the contest to crown the 2022 champions of professional surfing, photographer Steve Sherman is hosting a photo exhibit and talk story on the sport’s two greatest rivals.

Sherman will display prints of his black-and-white photographs and at 7 p.m. narrate a slideshow on the warring and eventual reconciliation between Slater and Irons.

At the peak of their feud, Slater held six world titles and Irons held three. In 2011, Irons died from a combination of a heart attack and drug ingestion.

“I was with those guys during the good, bad and ugly,” Sherman said. “I considered them both really good friends.”

Sherman memorializes his unique access with a 12-image slideshow. Each slide includes a story that brings a deeper level of appreciation to the athletes, he said.

“The average surf fan will love this,” Sherman said.

The Slater/Irons exhibit precedes the Rip Curl WSL Finals Lower Trestles Sept. 8 to Sept. 16 in San Clemente. The contest marks the final stop on the 2022 Championship Tour and will determine which man and woman will hold surfing’s ultimate prize: the world title.

At the Belly Up, in addition to Sherman’s one-night exhibit of the surfers, a permanent installation of his photography extends across the entire south wall of the nightclub. Captured on black-and-white film, the images immortalize 10 Belly Up shows between 1987 and 2001. 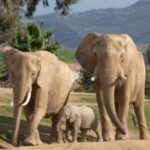