The City's Housing Element needs to be finalized and certified by the state before the mid-April deadline. Photo by Dan Brendel

The meeting brought both parties together to discuss requirements from the state to certify the city’s Housing Element before the April 15 deadline.

The California Department of Housing and Community Development (HCD) requires cities to update a Regional Housing Needs Allocation, or RHNA, and Housing Elements every eight years to better plan for community housing needs.

This blueprint for the city’s growth and development over the next eight years needs to be finalized and certified by the state before the mid-April deadline, city officials said.

Failure to do so would require the city to submit a plan every four years until 2037 and it could become ineligible for state and regional funding.

The city’s Housing Element goes through a strenuous process before being submitted to the state for a round of edits and recommendations. This includes public input sessions and workshops to gather input from residents about the wants and needs of the community.

The wishes of residents are then balanced with the requirements set by the state for items like low-income and very-low-income units.

At the moment, there are 1,355 very-low- to low-income properties within the city, 244 moderate-income and 207 above-moderate-income properties. The state requires a certain number of each property type within the city to provide ample housing for a varied spectrum of residents, from the up-and-coming family to the forgotten middle and to those more financially fortunate.

Encinitas maintains “buffer” properties for each of the housing classifications, approximately double what the state requires, as a safety net to ensure a smooth certification from the HCD, city officials said at the meeting.

Planning Commissioner Susan Sherod questioned whether that buffer was necessary.

One city official said the best way to protect the city and the buffer is to increase development, more specifically in the affordable housing arena. However, that is easier said than done.

Most of the low-income projects require significant funds from the city. There are subsidies available through the state, but the demand for affordable housing across California grossly outweighs what the state can afford.

Mayor Catherine Blakespear said the city could secure help from the state, but that would require projects to be “shovel ready,” plans in place and a site on lock.

“We as a council have prioritized as one of our top projects for the year to find a site that we could potentially have 100% affordable housing project on it… one of the things that have always stopped us is this notion that there’s no money,” Blakespear said.

She suggested the city consider securing sites for projects like low-income housing and then move forward with the planning in hopes of securing aid from the state.

“If we could make that step as a community that would be substantial,” Blakespear said.

The Planning Commission will make several recommendations to the Housing Element and another draft will be brought to the City Council for approval on March 4. 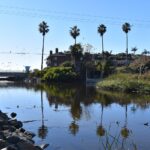