The TV commercials and online ads are fast becoming ubiquitous: “We’ll buy your house as is,” they trumpet. “No need to spend any money fixing it up.”

That’s commonly the message from housing speculators, often institutional investors including real estate investment trusts less interested in preserving or maintaining housing than cashing in as land values rise. It’s the land, not the houses, that interests them most.

This frees them from dealing with tenants and evictions when they decide to sell or to demolish existing homes and turn them into multi-unit properties.

That makes them the ultimate house flippers, people or companies buying homes to hold for a while before they resell at a hefty profit.

It creates large vacancy rates in some places at a time when California supposedly has a housing shortage. The actual shortage is in affordable housing, as 73% of houses permitted in 2020, for just one recent year, were affordable only to households with incomes well over $100,000.

All this has also seen vacancy rates rise among housing units built since 1970 — more than 50 years’ worth. Statewide, the vacancy rate on these “newer” units was 12.4% in late spring.

All of which suggests none of the controversial housing bills passed with alacrity by the Legislature in recent years can be effective, including last year’s Senate Bills 9 and 10, which essentially did away with R-1 single-family zoning statewide and allow subdividing of almost all lots in those areas.

The problem, it appears, is less a lack of housing — especially while California’s population is relatively stable and not growing fast, if at all — than the fact that wages and home prices have gotten out of the usual synch, partly because of institutional investments.

This year, Democratic state Assemblyman Chris Ward of San Diego, which recently “won” the ranking as America’s least affordable city, proposed a bill to tax the profits of house flipping, especially by corporations and pension funds. It died in committee, but deserves resurrection.

His bill, known as AB 1771, aimed to place a 25% levy on after-capital-gains-tax profits from reselling any house within three years after it’s bought. After that, the rate would have dropped to 20% and then declined steadily before disappearing after seven years.

Taxes collected would have gone to cities, counties and affordable housing funds, said Ward, whose purpose, he told a press conference, was to create a disincentive for equity investors, thus opening more opportunities for people who plan to live in homes they buy.

This would especially help mid-priced housing availability, because institutional buyers are more likely to buy that type of housing than high-end homes, whose appreciation rates are far less steady and predictable, often selling for millions less than their asking prices.

The bill was opposed by building trades unions, whose workers don’t much care whether or when the places they build are occupied, so long as paychecks arrive on schedule.

Those unions and the developers with whom they work have been the main drivers behind the Legislature’s recent spate of unwise, unneeded new housing laws.

The bottom line: Yes, there is a housing crisis, but it’s at least as much a matter of hoarding and waiting for profit as it is of supply. 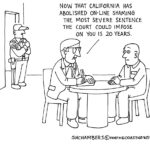